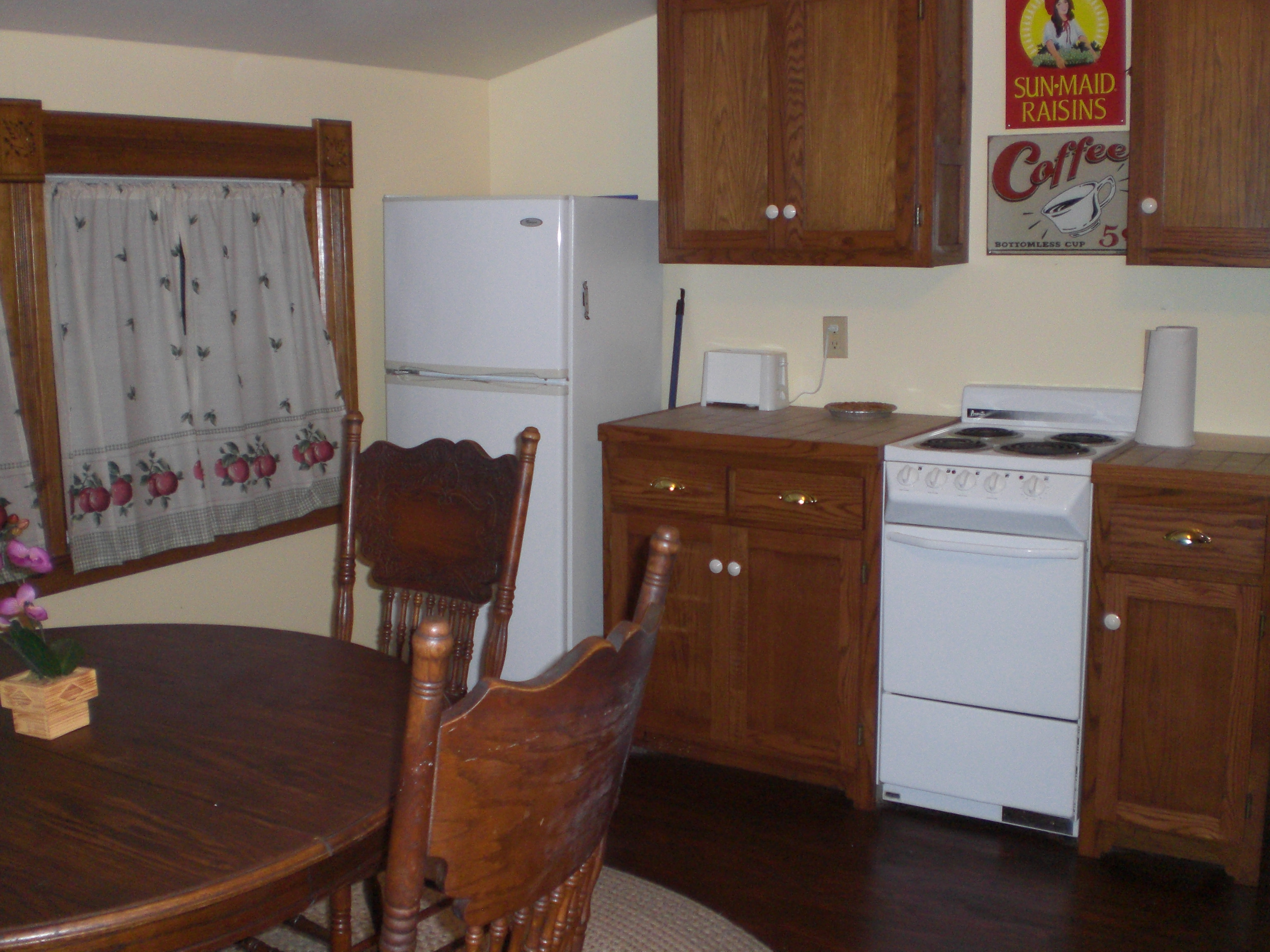 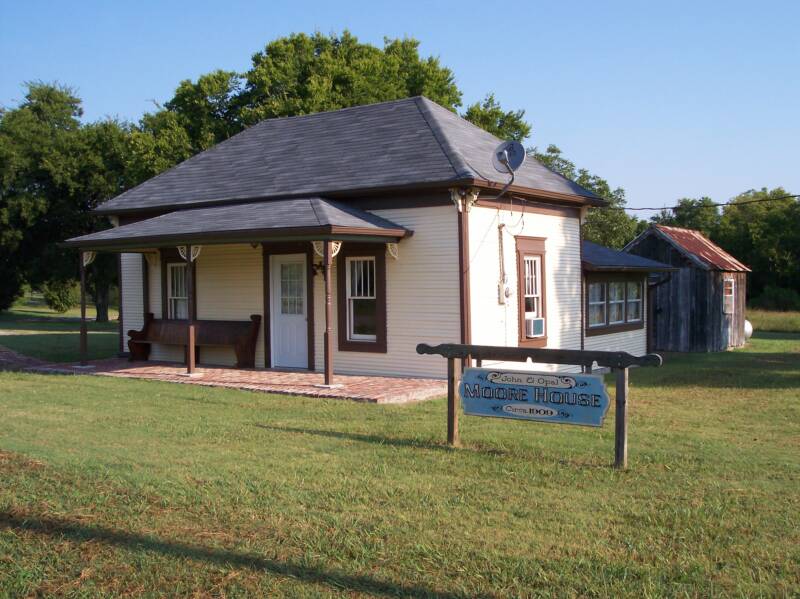 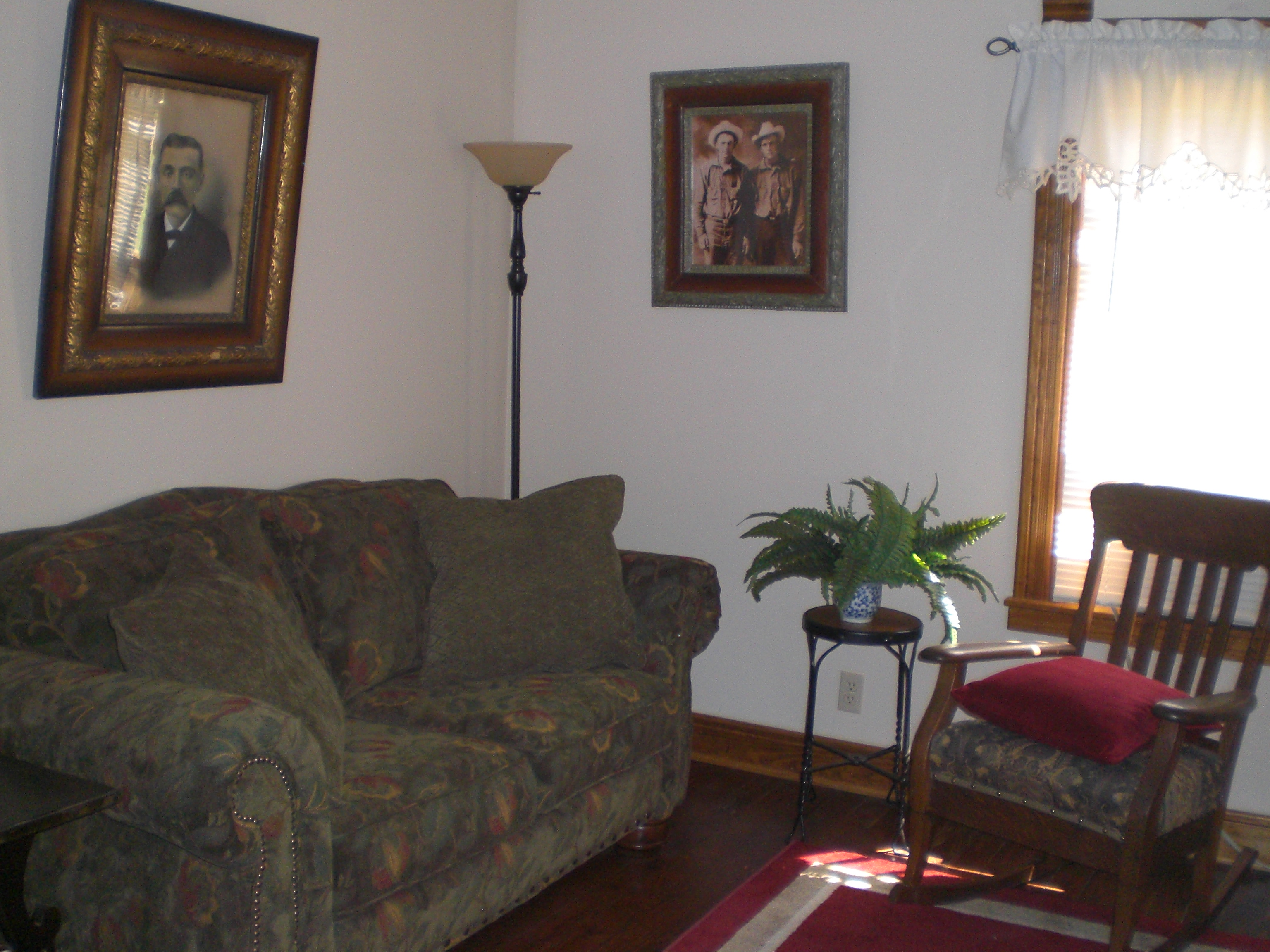 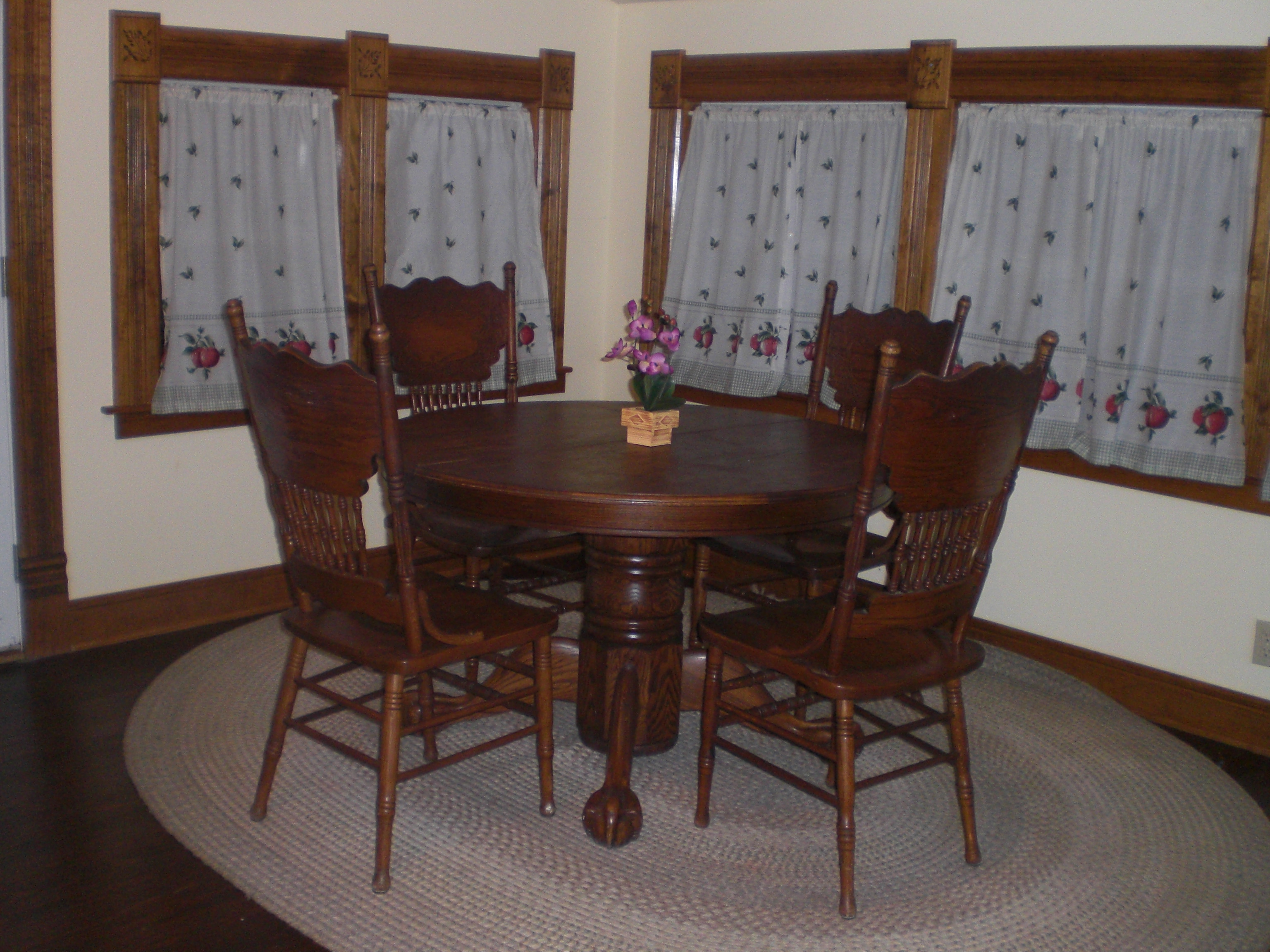 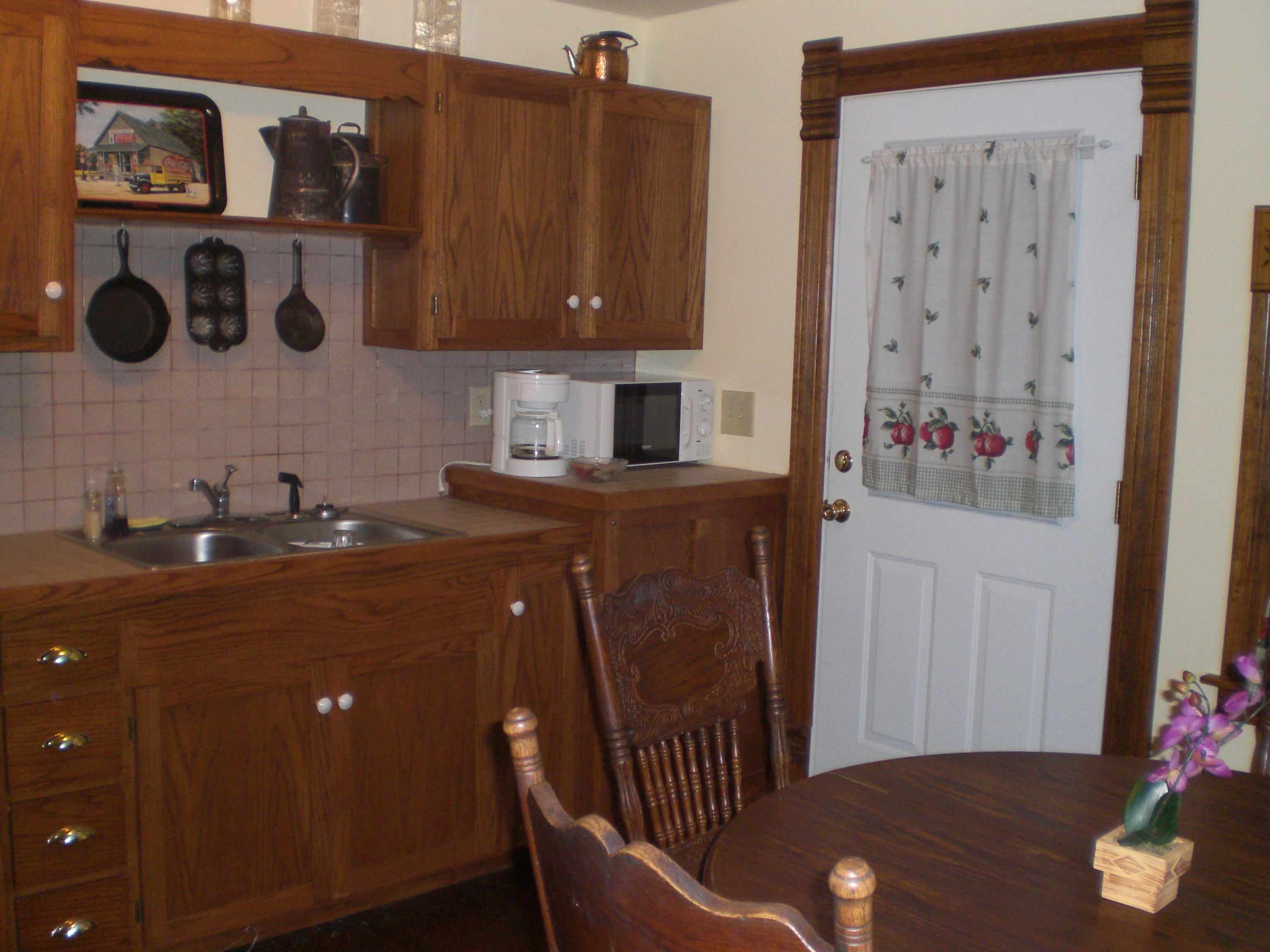 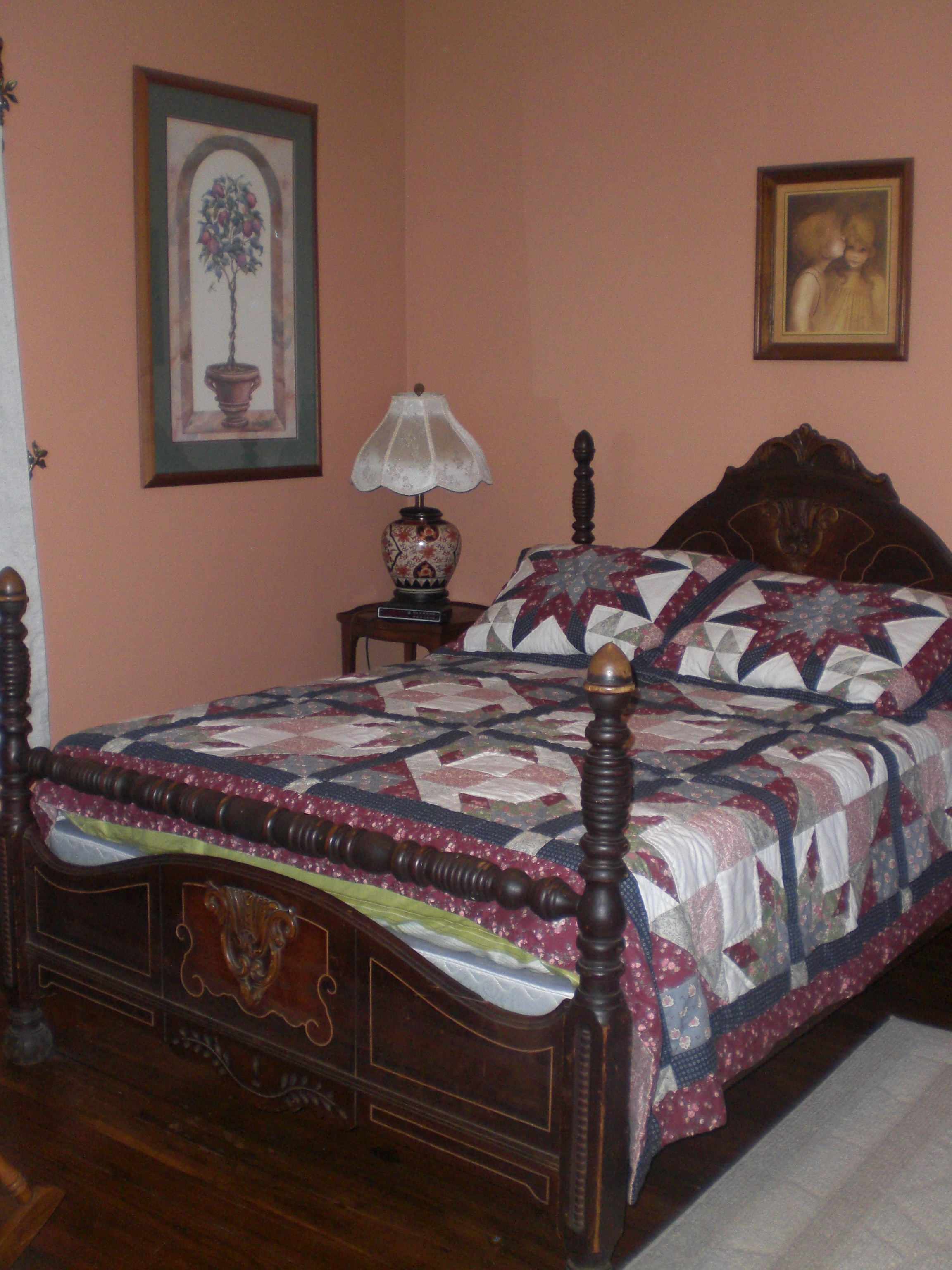 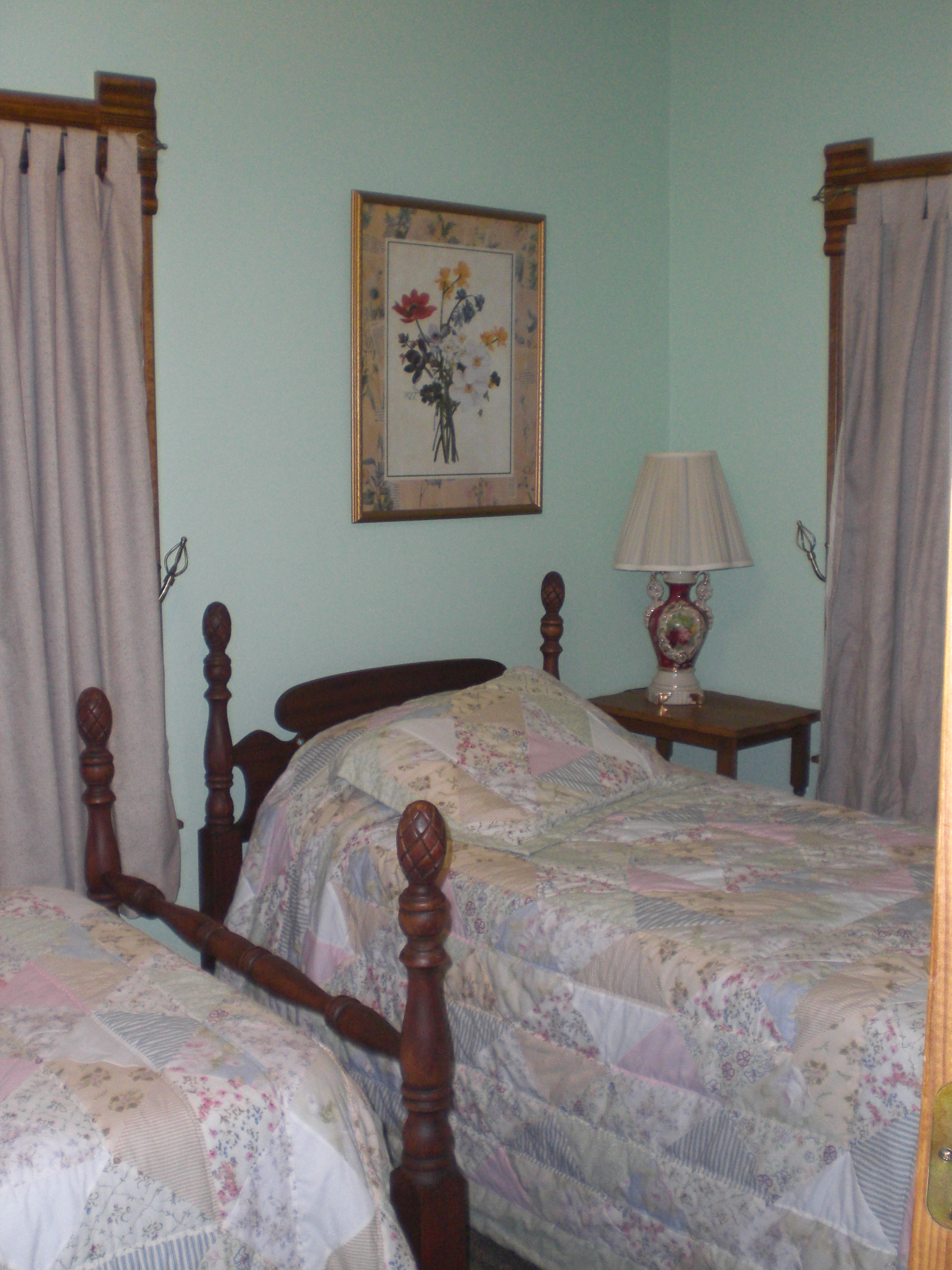 Historic Moore House
The Moore house was built in 1909 by Cecil Kitchens as a two room cabin.  One room served as Living, dining and kitchen area and the other a bedroom. Cecil was the barber in Clarita at the time and owned a small barber shop on Main street clarita between Schmelzeer's clarita Carriage and Oneal Brothers Store.
The house and barber shop was purchased by John and Opan Moore in 1923 and was remodled into a 3 room house by adding an additional bedroom to the north side. Later a sscreened in back poarch was added.  the house was remodled and repaired several times over the next 30 years but never with the luxury of indoor plumbing or a very large kitchen.  Finally a large kitchen was added in the late 50's and the screened in back porch was enclosed.
Opal Moore lived in the house with only plumbing to the kitchen sink and no indoor bathroom until she went to the nursing home in 1990. She died in 1995.
The house changed hands several times between 1990 and 2005 and had fallen into a state of disrepair.  Win and Linda Rice purchased the property in 2005 and began a three-year labor of love restoring it to early 20th century architecture.  This historic house is now available for guests to enjoy.
To see more detail on the restoration, go to Moore House Restoration
2 Bedrooms - Antique furnishings - Fully equipped country kitchen - Local TV
1